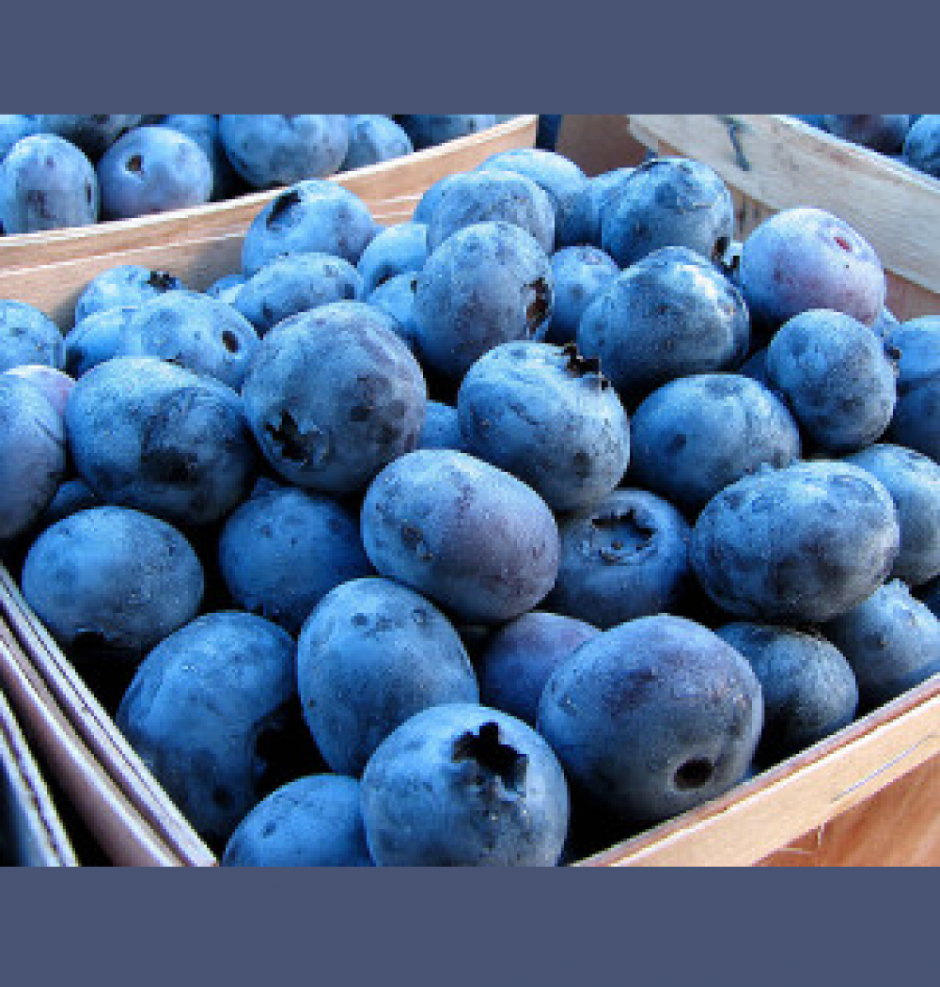 We were all girls in the packing house. Grandfather’s blueberry farm didn’t have a conveyor belt. Everything that had to be lifted–like the heavy flats of berries–was done by us. But we were young and strong, and we ate a lot of berries while we packed.

On Pop-pop and Grammy’s farm I loved being with people so removed from the Italian American pecking order of Hammonton, and I loved the hard physical work.

A full pint packed and ready was dropped into the splintery crate. The hairy wood was scratchy and hard on our hands, snagging our knuckles, and our fingertips were black with dirt, the nails stained a deep blue around their edges. Another girl and I competed to see who could pack the fastest, an undeclared contest, fierce and determined, but occasionally one of us would grab a quick glance at the other and we’d burst out laughing.

Sometimes at the end of a day we’d sit for a while before stealing out to the tomato patch to pick the ripest of the ripe to eat on the spot. Grammy and Pop-pop kept a saltshaker on top of the refrigerator and we took this out to the field so we could salt up before every bite.

BEFORE HE GOT FAMOUS, THE OPERA SINGER MARIO LANZA PICKED BLUEBERRIES IN OUR TOWN

The most famous blueberry picker to come to Hammonton was Mario Lanza, a famous tenor and a movie star. Born Alfredo Arnold Cocozza in Philadelphia in 1921, the same place and year as my father, I remember Dad occasionally launching into his own rendition of  “Be My Love (For no one else can end this yearning…)” – never failing to crack us up.

Pop-Pop and me in the living room at home.

Pop-pop had dark skin, the result of being outside working on his farm. He wore a hat but the sun found him anyway and turned his already Italian olive a deep flat chestnut brown. He was handsome, tall and blue-eyed. And once a man in Hammonton mistook him for a black man. Grammy was indignant, thinking that what they were really saying was, you look like your pickers. It wasn’t the racial implication our grandmother found disparaging, but rather a comment having to do with working on the land and being looked down upon for being a peasant. There was an unacknowledged shame in being a farmer.