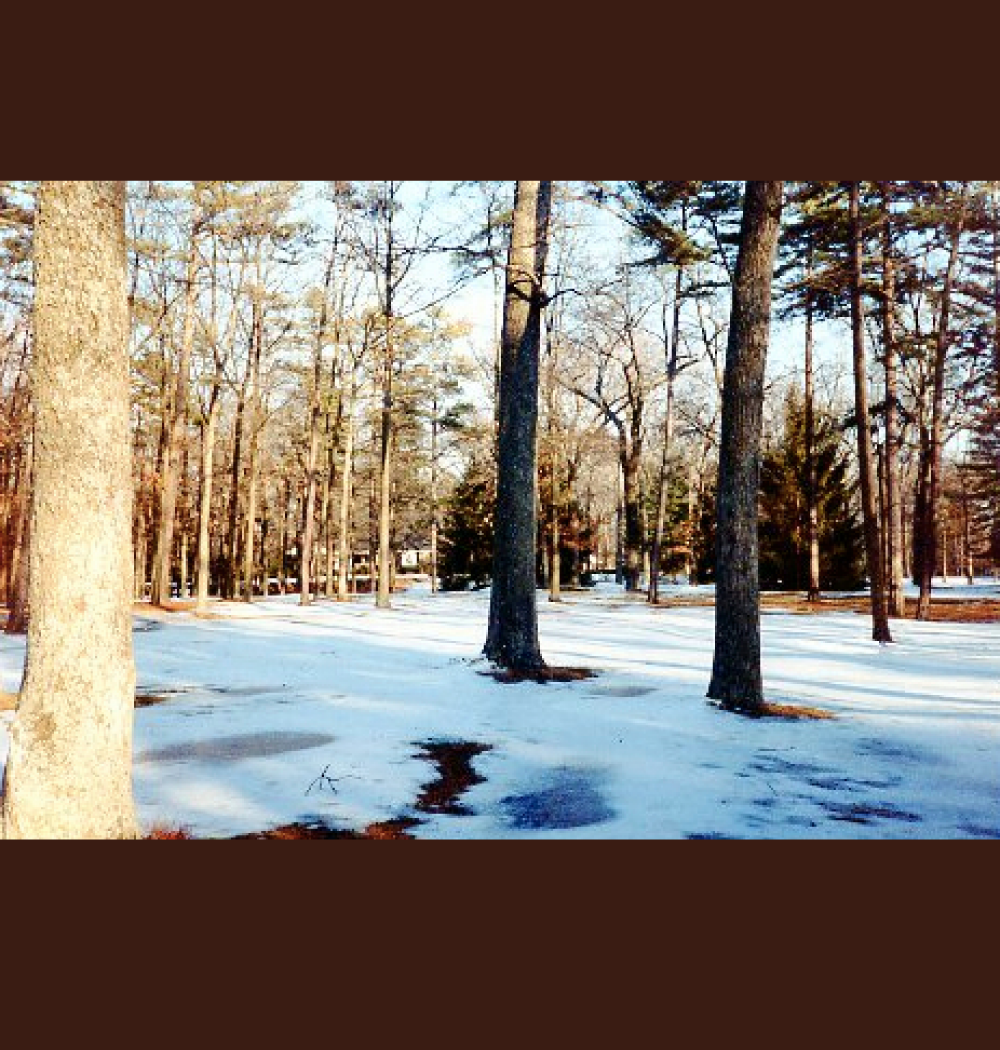 Our house seen through the tall pines of The Harbour, the beautiful 16 acre property we shared with Aunt and Uncle.

The Reitano girls off to school on a typical NJ winter’s day.

Mom and Dad and the three of us: me and my sisters Donna (middle) and Lisa (right).

Margaret Mead spent her childhood summers in our town, because her mother was researching Italians for the US Bureau of Immigration.

View of the Hammonton Lake from our dock at The Harbour, the place where my sisters and I grew up.

Dad used to take us crabbing at Mystic Islands. Not far from these houses were seemingly endless salt marshes.

“Now they’re biting like mad and before long they have half a bushel. As the action slows, they’re determined to fill the bushel, so they keep at the work, moving down by a few feet where they can see some crabs moving around the shallows. It’s harder here because the railing has almost collapsed, but they haul over a plank and jerry-rig a place to stand.”

–from my upcoming novel HEADFIRE

Seafood of any kind would remind Dad of Bookbinder’s Restaurant in Philadelphia, which his father owned for a brief period in the 1940’s.

Dad’s father, Jimmy Reitano, on the day of his wedding to my grandmother, Anna Grisillo, in 1919.

Grammy (Mom’s mother), Aunt Helen & Mom. The white gloves indicate a trip to Church must have been involved.

In 1963, Uncle converted the old Rivoli into his new offices on the main corner of town. Television would be blamed for killing the neighborhood theater, but the automobile did just as much to end local cinema, and so it was fitting that Uncle would be replacing the beautiful old theatre with his new automobile finance company.

Uncle gets behind the controls of his new Beechcraft Baron, 1962.

A photo taken from a nearby fire tower. I imagine this was what Uncle would have seen as he flew his plane low over the pines.

We used a three-pronged spear like this one, attached to a broom handle.

According to him the frogs had to be skinned alive. But after watching him skin the first two, I had to go into the house. I couldn’t watch that hasty slice across the frog’s middle, then clear around its back like halving a peach, and how Dad’s strong hands with the sprouting black hairs, pulled the skin down in one great coat. The frogs twitched the whole time, until their lower halves hung denuded and gray.