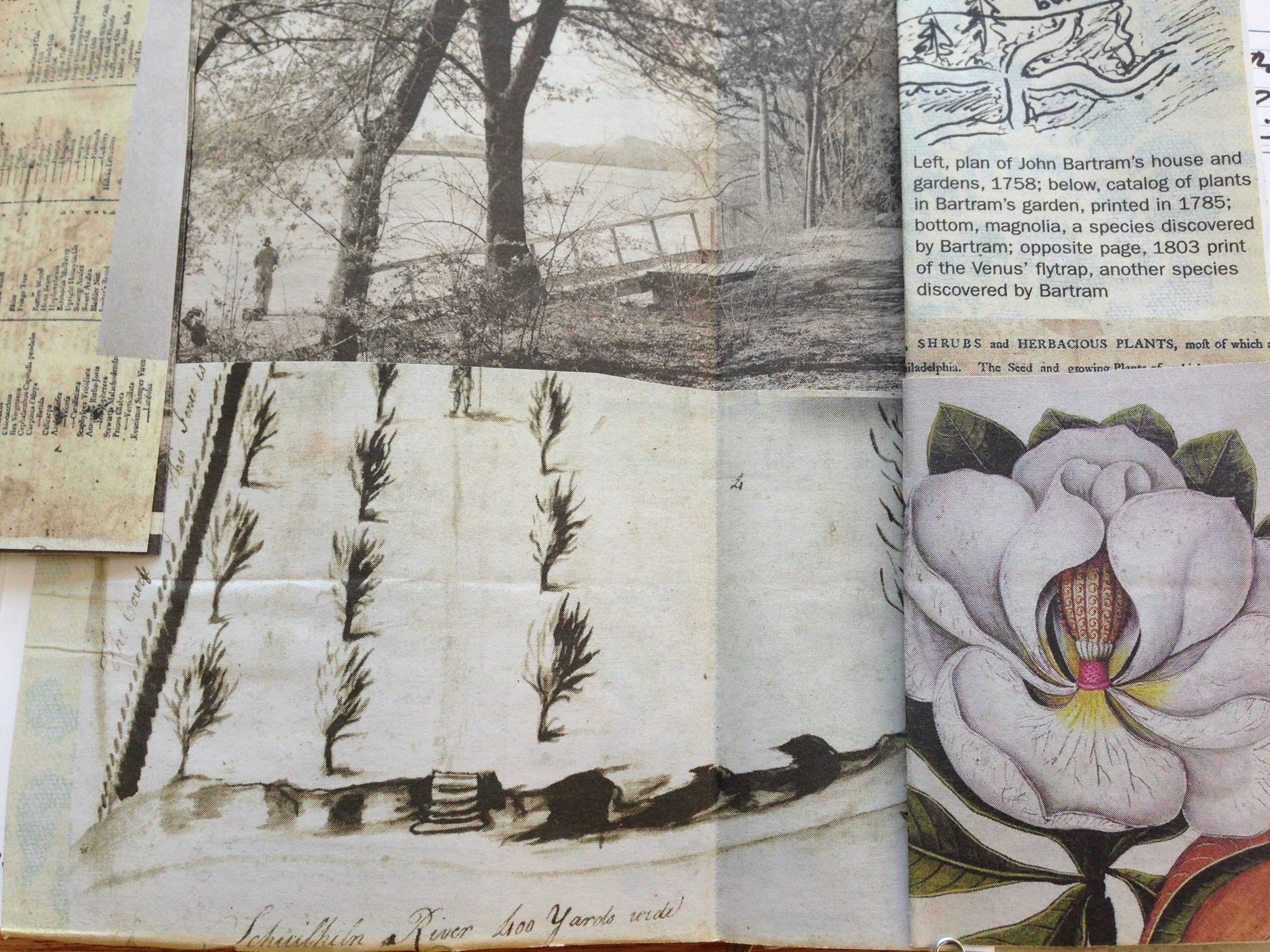 That jolt of recognition!
Whether through a nice sentence or a photograph, you are transported by a sudden, ineffable feeling that can only be described as “home.”

I first came across John Bartram’s Garden, outside of Philadelphia, while doing research for my novel HEADFIRE. Initially, what caught my eye was a photograph of his home (in the collage below), that so resembled the property in the New Jersey Pine Barrens where I was raised, I did an abrupt double-take. It was like one of my photographs had somehow managed to slip into this old archive of life in what could only be the northeast of America, though not just anywhere.

The real resemblance to “home”–apart from the lakeside setting and near identical dock–was the familiar flora – trees and shrubs. More of a gestalt, because the photograph was blurry, but there was no mistaking the stunning similarity.

Compelled to read on, I learned about John Bartram, America’s first botanist, a Quaker with an abiding love and appreciation of nature. Self taught and maverick, Bartram (and his sons) are responsible for the first plant catalogue. John Bartram not only discovered, but introduced rhododendrons, azaleas, magnolias, and my favorite, kalmia, also known as Mountain Laurel, among other North American trees and shrubs. He gathered them up and down the eastern seaboard and shipped their seeds in his famous “boxes,” most notably to Europe, where his original specimens grow today in Kew Gardens, Oxford and Edinburgh botanical gardens.

According to Joel T. Fry, curator at Bartram’s Garden, the seeds were sent in one of the 3-by2 ½-foot boxes where you might “get 5 or 12 magnolia seeds and 25 to 50 pine cones.” 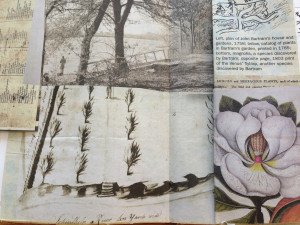 About to buy an iPad, then I watched this–