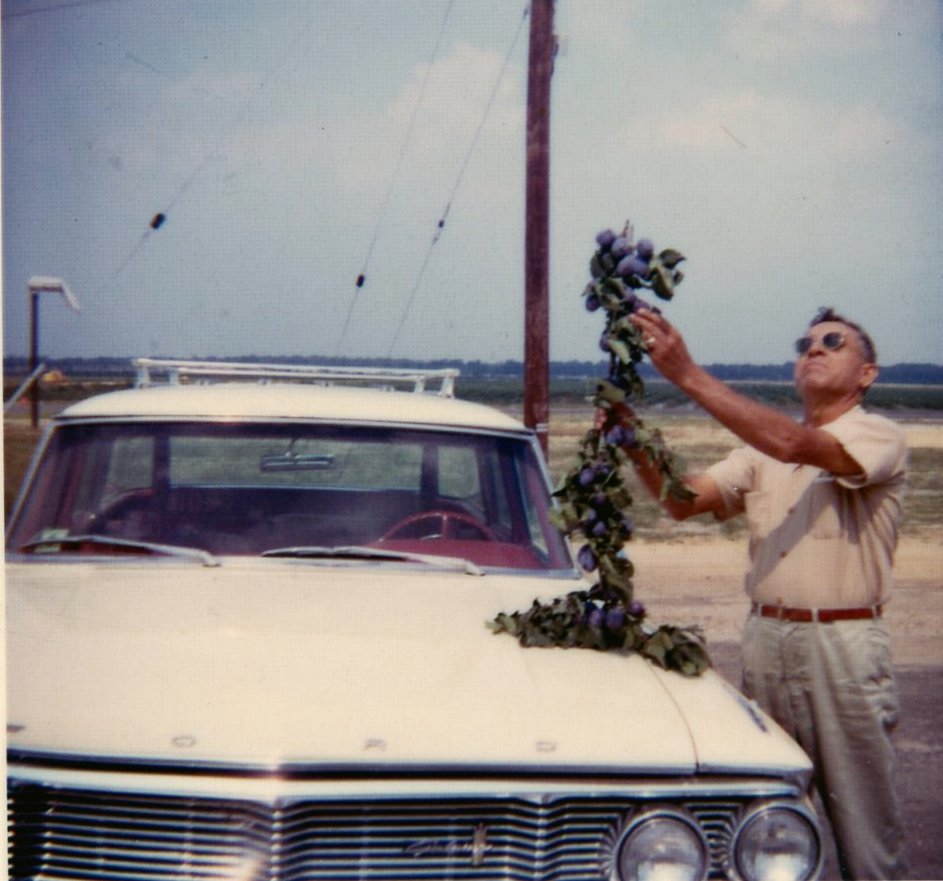 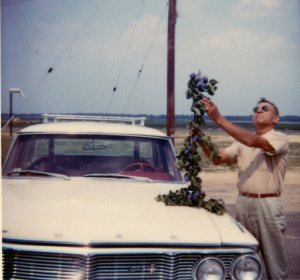 I know, blueberry season ended in California at least two months ago, but I’m not ready! Found this picture of my grandfather holding up a branch from one of his blueberry bushes in New Jersery (behind him is his farm). I can’t believe the berries were that large! According to the photo, the year is 1964.

A man named Frederick Coville, in 1916, successfully bred the highbush cultivars my grandfather would plant on his farm forty years later: Blueray, Bluecrop, Coville, Jersey, Berkeley and Weymouth, all of which are still grown today. My grandfather considered the sweet and early Weymouth to be his money-crop.